Wood Group on behalf of Talisman Energy UK, required an isolation to be conducted on a 3” Air Line on-board the Piper Bravo. The isolation would facilitate a deconstruct workscope allowing replacement of pipework and include the addition of a new valve to the system. The platform was currently in shutdown so STATS were required to provide an isolation solution to meet the platform challenges before production resumed.

Typically isolations to piping are routinely carried out using STATS Tecno Plugs™, deployed into the system through an existing launcher / receiver, or a temporary launcher mounted to a suitable valve within the system. However, as the air line had no means of access for deploying a Tecno Plug™, STATS proposed the use of a 3” BISEP™. STATS patented BISEP™ provides double block and bleed isolation deployed through a single full bore hot tap penetration. 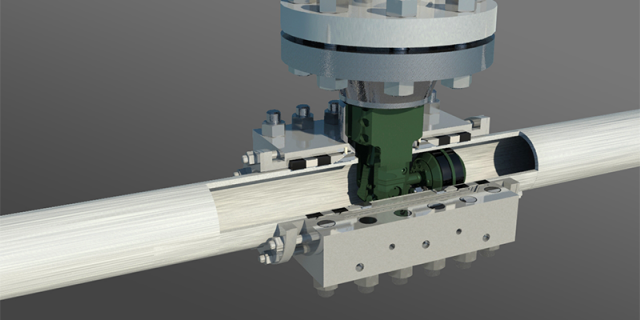 On arrival at the platform STATS Isolation Technicians began the workscope by fitting the mechanical hot tap clamp and ball valve to the air line, with the integrity confirmed the hot tapping was performed to provide access for the BISEP™.

The BISEP™ was deployed into the air line to provide double block and bleed isolation. With the line isolated the pipework section could be cut and removed from behind the BISEP™. 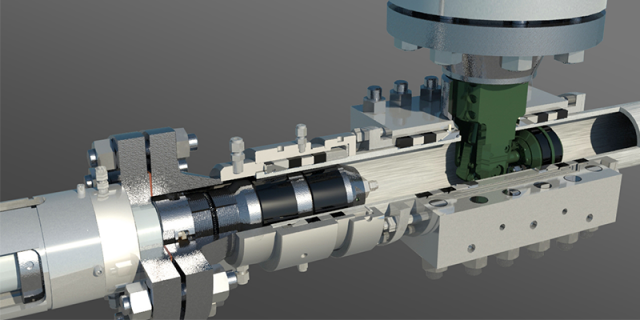 The Tecno Plug™ could then be unset and retracted into the temporary launcher and removed with the new valve providing isolation. The remaining workscope was then completed to tie-in the remaining piping spools before the platform finished shutdown.