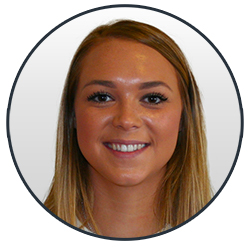 Why did you choose to do a Modern Apprenticeship?

I did the modern apprenticeship when I first started with STATS when I was in the office junior role. This apprenticeship helped me gather the basic understanding of how a business worked and the administrations duties and responsibilities that I would at some point, or another be undertaking within my role. I thought this course would also ease me into further education and show me how it worked alongside working full time, in which it taught me how straight forward, easy and rewarding it was.

What have you learned throughout your apprenticeship?

Throughout the modern apprenticeship, I learned the basic administration and business skills that I would require within any office-based job, I knew this course would help me through any role in my career. While developing my own skills and knowledge I was surprised how much more I learned about STATS Group and how they operate. I learned a variety of skills physically during the apprenticeship, these include people skills, hands on skills and my confidence which grew massively through-out my modern apprenticeship.

What did you enjoy most about your Modern Apprenticeship?

The part I enjoyed most in my Modern Apprenticeship was, ‘Organise and Co-ordinate Events’. This was one of those topics where you learn a lot and enjoy at the same time. I was given the task to organise a Staff BBQ for everyone at STATS. This was everything from the planning of where to hold this event, to the coordinating it on the day. On top of my day-to-day reception duties and helping other departments I had to ensure I managed to organise this in the timescale given, this made my working day more productive and busier. This section also helped me with administration skills as I had risk assessments to fill out which I had not done before, along with emails to not just send to management for confirmation but also the rest of the company.

This section also showed me how to budget money, it is very easy to spend the money, but learning to spend it wisely is crucial.

What further progression have you achieved since completing your Apprenticeship?

While I was still an office junior, I was able to experience a role within Project Support, where I supported the Project Engineers with live jobs. This included, ordering of material, setting up meetings, taking minutes etc. During this role I also experienced document control, this involved me updating and sending procedures/documents to and from clients.
I was then asked to cover maternity leave in the operations department. This involved me to work alongside the workshop team, ensuring they have the supported documents and paperwork to complete their job physically. Which then lead to me securing that position full time.

What advice would you give anyone considering starting an apprenticeship?

I would 100% advise someone considering doing an apprenticeship to go for it, it allows you to learn and get a qualification while you are working and earning money. There is a lot of positive that you can gain from an apprenticeship if you are willing to work. I had a great support group to get me through times that I felt I struggled which made a huge difference.

Doing an apprenticeship can led to positive benefits within your career, which I can say mine did.