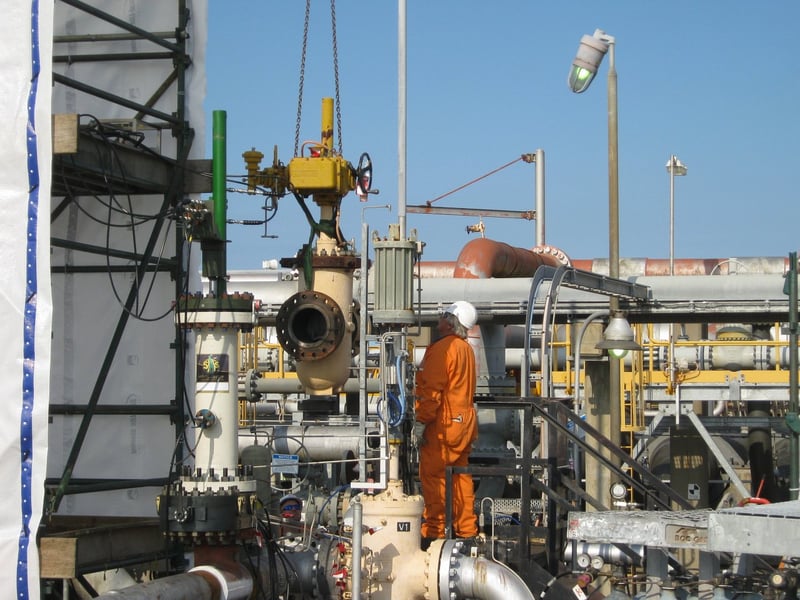 STATS Group were recently retained by a major operator in Australia to provide isolation of a pressurised 10” LPG pipeline at a natural gas plant. The isolation was required to allow a launcher valve to be safely replaced while the system remained live and at an operating pressure of 41 bar.
STATS utilised their hot tap installed ANSI Class 600 BISEP® which provides a fail-safe, fully proven double block and bleed (DBB) isolation. The BISEP® was deployed through a welded split tee fitting, without the need for additional hot taps to bleed or vent.

The BISEP® isolation is provided by a spherical dual seal plug, deployed from a pressure competent launcher through a slab valve and rotated towards the pressure threat. The spherical head houses twin compression seals and provides a facility to bleed the seal annulus (void) providing a zero-energy zone between the fully proven seals. The annulus bleed port is initially used to test each seal at 110% of the isolated pressure, it is then used to constantly monitor the isolation during the intervention work.

The elastomeric seals are activated by a hydraulic cylinder inside the plug, which compresses the seals. The resultant radial expansion pushes the seals out against the pipe bore. Venting the pressure downstream of the plug causes a piston effect on the plugging head, which acts to further energise the seals providing leak-tight isolation, even in corroded or pitted pipework. The differential pressure loading is such that a differential pressure across the plug will enhance the hydraulic actuation and maintain both seals even with no hydraulic pressure present. This feature, self-energisation makes the isolation fail-safe with dual redundancy in activation, providing the specified minimum differential pressure is maintained.

After performing validation tests on the BISEP®, STATS technicians confirmed successful double block isolation and an isolation certificate was issued to the client. Nitrogen was then flushed through the BISEP® launcher to purge the system and create safe worksite conditions to allow removal of the launcher valve. Once the new valve had been fitted nitrogen was again used to perform a joint re-instatement leak test of the newly installed valve against the back of the set BISEP®, a unique feature of the tool is the ability to withstand pressure in the reverse direction which can make reinstatement of the isolated system easier when compared to traditional line stop systems.

After a successful leak test of the reinstated valve the pipeline pressure was equalised, the BISEP® was then unset and recovered into its launcher. The slab valve was then closed allowing the BISEP® launcher to be depressurised and removed. The hot tap machine was then reinstalled to allow a completion plug to be deployed and set into the flange of the welded fitting. With the completion plug set and tested the hot tap machine and slab valve were removed from the pipeline and a blind flange was installed onto the welded fitting.

STATS supplied personnel and equipment which included, split tee fittings, hot tapping machine, DBB slab valve, BISEP® and completion plugs. All hot tapping and line isolation work was carried out by STATS technicians. Upon client request a System Integration Test was conducted at the facility prior to BISEP® deployment onsite. 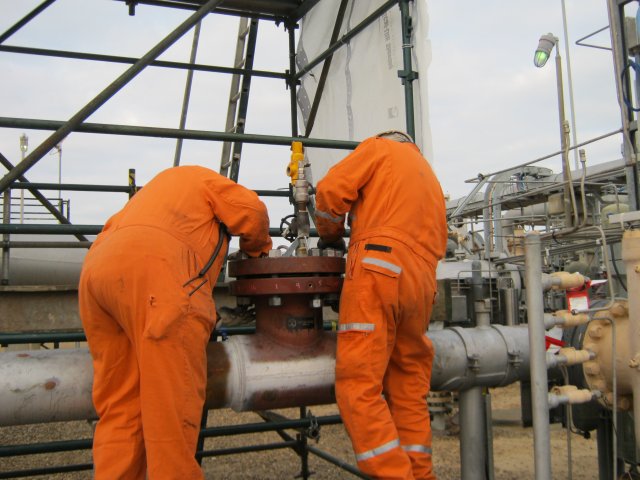 Gareth Campbell, STATS Regional Sales Manager for South East Asia, said: “This project marks a significant milestone for STATS. This is the first time that our BISEP® has been deployed in Australia and we are encouraged by the level of interest shown in the region to adopt this game-changing technology. The BISEP® offers significant safety advantages over traditional line stop technology. The hydraulically activated dual seals provide leak-tight isolation of live, pressurised pipelines.

“By using the BISEP® operators can make significant savings by performing maintenance or repair work without the need for a shutdown. The single-entry point of the BISEP® reduces costs and operational timescales by providing a verified double block and bleed isolation through a single intervention point, without the need for additional hot tapped bleed ports.”