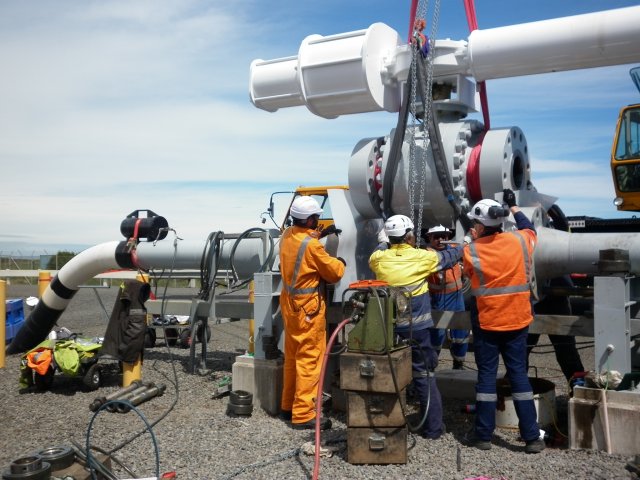 STATS Group were contracted by OSD Pty Limited on behalf of a national energy company to provide double block and bleed isolation of a 12” gas pipeline while at an operating pressure of 72 barG. This leak-tight fully monitored isolation allowed the safe replacement of an ESD valve onshore at the production Station in New Zealand.

In order to undertake this operation safely and efficiently, STATS proposed the use of a remotely operated Tecno Plug. Conventional repairs of this type would typically require the pipeline to be completely hydrocarbon free by flaring the gas and nitrogen purging the entire length of pipeline to enable a safe intervention. The gas flaring and subsequent purging of the pipeline would have added extensive operational and procedural requirements which would have significant time, environmental and cost implications. STATS piggable isolation tools are non-invasive and have advantages over traditional hot tap and line stop technology as they require no welding or cutting into live lines and leave no residual fittings or holes in the pipeline.

A STATS isolation technician visited the Production Station prior to the workscope to carry out a site survey in order to gather critical information, complete a noise survey and to aid with the selection of the tool configuration. The Tecno Plug was configured in a four module arrangement and prior to deployment to the worksite a full Factory Acceptance Test (FAT) was performed in a purpose built test-fixture. The test-fixture was fabricated to simulate the client pipeline configuration and all testing was witnessed by an independent verification body.

Once onsite a team of four isolation technicians successfully deployed the Tecno Plug and pigged it to the set location with MEG. The Tecno Plug was pigged through three ball valves and passed the production tee to the set location in the 5D bend where it was set in position using through-wall communication. Communication is achieved using an extremely low frequency (ELF) radio control system for reliable tracking and accurate positioning.

At location, the Tecno Plug was hydraulically set to activate the locks and dual seals. The dual seals of the Tecno Plug were then independently tested with full pipeline pressure in the correct direction to confirm leak-tight isolation and allow the pipeline to be bled down to ambient from the platform launcher to the rear of the Tecno Plug. The annulus between the Tecno Plug seals is then vented to ambient to create a zero-energy zone. This was then subject to a 24 hour isolation stability hold period before the ‘Isolation Certificate’ was issued. 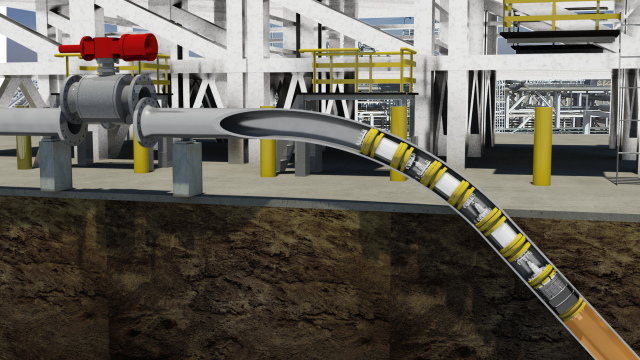 With the isolation in place and double block and bleed isolation verified the valve replacement workscope was safely conducted. The Tecno Plug was constantly monitored and remained stable for the full seven day isolation period. A reinstatement leak-test was then conducted against the new valve before equalising the pipeline pressure and unsetting the Tecno Plug. The Tecno Plug was then pigged back to the launcher for demobilisation.

STATS Group has a long-established track record conducting high pressure isolation services for major operators worldwide. STATS isolation services are increasingly in demand in the Asian Pacific region. This workscope is now one of many safety critical isolation projects recently completed in the region.