STATS Group were required to provide a double block and bleed isolation as an emergency response for a major gas processing plant in Abu Dhabi, UAE. The quick response isolation was required to remove a short section of a 4” live cooling water line to allow access to replace a critical pump, without shutting down the refinery. From initial call with the client, the equipment was tested at STATS workshop in Abu Dhabi, mobilised to site and full works completed in under one week.

As the 4” pipework feeds into the main 16” header line, the client wanted to avoid depressurising the system in order to significantly reduce costs and save time associated with a plant shutdown. STATS utilised their patented BISEP® line plugging technology to provide the appropriate level of isolation required to offer safe worksite conditions for breaking of containment activities. As the 4” pipework was unpiggable due to the lack of access to deploy an inline isolation tool, a BISEP was deployed into the line through a mechanical hot tap clamp and valve at the required isolation location.

The STATS supplied mechanical hot tap clamp was bolted to the vertical 4” pipework before a full bore valve was attached and a pressure test was conducted to confirm integrity of the clamp and flange joints. Hot tapping of the pipework was then conducted with STATS SureTap hot tapping machine and the pipe coupon was recovered. With access to the pipe created the BISEP was attached to the valve in a pressure competent launcher and hydraulically deployed into the live line, operating at 7 bar. The BISEP requires no additional hot tapped bleed or vent ports and offers significant safety advantages over traditional line stop technologies. Once deployed the BISEP was activated to hydraulically set the dual elastomer seals providing leak-tight isolation of the live pressurised line. The BISEP was then subject to a test regime to independently test both the primary and secondary seals with full pipeline pressure, the cavity between the seals (annulus) was vented to ambient and verified as a zero-energy zone, providing double block and bleed isolation. Once the test regime was complete, an Isolation Certificate was issued to notify all parties of the safe isolation of the pipe section. Utilising the integrated offtakes on the BISEP launcher, the isolated pipework was vented and purged prior to cutting and removing the required pipe spool.

With the BISEP isolating the pipework, a pressure competent temporary launcher was installed to the bare end of cut pipe with a pre-installed Tecno Plug inside. The temporary launcher was mechanically activated against the pipe to energise locks and seals to engage on the outside of the pipe. A leak-test of the launcher was conducted against the rear of the set BISEP to prove the integrity of the temporary launcher prior to unsetting and recovering the BISEP. After the BISEP had been retracted out of the pipe, the Tecno Plug was deployed on a stem bar beyond the BISEP location to become the primary isolation barrier. Once at location the Tecno Plug was hydraulically activated to energise the locks and dual seals and the annulus between the seals was vented to ambient to create a zero-energy zone. Each seal was then tested independently with full pipeline pressure in the direction of the expected pressure differential, proving both seals of the double block isolation were leak-tight. This allowed the temporary launcher and BISEP to be vented behind the rear of the Tecno Plug allowing them to be safely removed from the pipework. 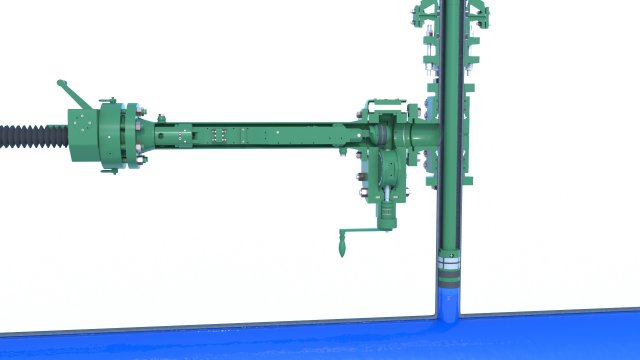 The pipework was then cut to remove the hot tap penetration leaving a bevelled pipe end where a flange was welded onto the line. Throughout the isolation the BISEP and Tecno Plug isolations were constantly monitored to ensure leak-tight double block and bleed isolation was maintained. With the addition of the flange to the 4” pipework a full bore gate valve was installed along with the temporary launcher. This allowed the Tecno Plug to be reattached to the stem bar, hydraulically unset and recovered into the launcher. The valve was then closed providing a barrier to depressurise and vent the launcher and remove it from the system. Once the pump had been successfully replaced a new pipe spool was tied into the pipework behind the new gate valve. The successful isolation was in place while maintenance was carried out on the pump and the new pipework was reinstated without leaving any temporary fittings on the line, preventing any potential leak paths or integrity issues in the future. 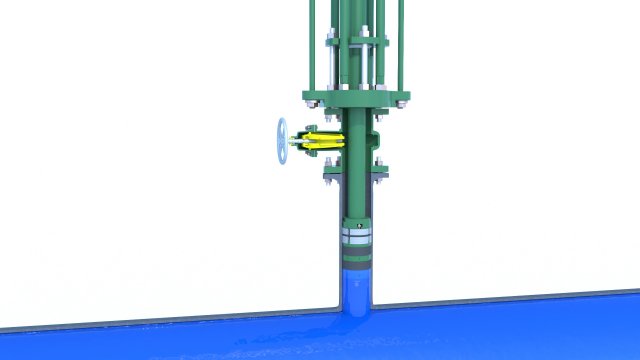 Angus Bowie, Regional Director for the Middle East and Asia Pacific said, “Due to our investment in equipment we were able to respond quickly supplying isolation equipment and mechanical fittings from our operational facility in Abu Dhabi. Within 24 hours of receiving the initial enquiry, we had assessed the engineering requirements and mobilised equipment, project specific procedures and personnel to site. The line was then successfully isolated on day one allowing the client to carry out essential maintenance safely and efficiently”.