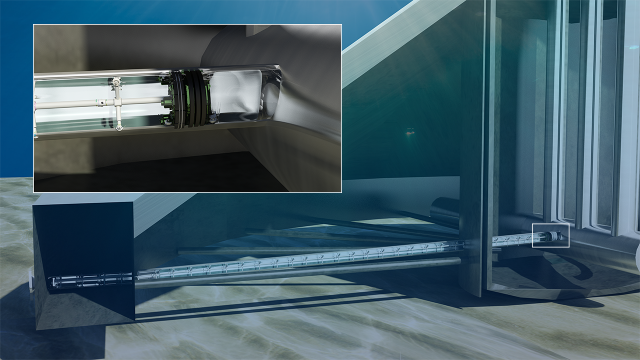 STATS Group were approached by a national oil company in the middle east which had a requirement to isolate a 42” subsea pipeline dead leg housed within an oil storage tank. The storage tank has a capacity for 500,000 barrels of oil and was first installed in the late 1960’s, situated in the Persian Gulf. The huge structure stores oil produced from the oil field and has been in continuous use since it was commissioned. The operator had identified some irregular flow characteristics which made them suspect the integrity of this 42” dead leg. The operator was concerned that over time the problem would worsen, with the potential of water contamination of the oil export.

The 42” dead leg is connected to a 96” Pump Plenum housed within the oil storage tank which supplies suction to three topside pumps and the main 36” NB feed transfer line. STATS Group were commissioned to engineer a solution to provide a secure isolation to be deployed subsea via divers into the 42” dead leg through an open flange entry point. The isolation plug would be required to negotiate two mitre joints and travel up a five-degree incline before reaching its final isolation position 38 metres away, directly ahead of the Plenum weld. A triple seal mechanical isolation plug was chosen and provided the option to remove the plug at a later date if required.

The project presented several challenges. Firstly, as the pipeline was constructed of thin wall pipe, consideration was given to ensure the weight of the isolation plug would not pose a risk of rupturing the pipeline during the deployment process. Additionally, the isolation plug is required to provide leak-tight isolation for at least 25 years so suitability of seal material for long term deployment was essential. STATS also had to ensure that the subsea deployment, setting and testing of the isolation plug could be conducted by divers within a strict 14-day window, allowing the storage tank to remain in a fully operation state throughout the workscope.

STATS proposed the use of a modified Tecno Plug™. These non-intrusive inline isolation tools have an extensive track record of providing pressurised isolation of onshore and subsea pipelines in sizes from 3” to 48” and in a variety of applications. Due to the thin wall pipe of the dead leg a standard Tecno Plug™ would be too heavy to deploy safely on this occasion, therefore, the plug was re-engineered to reduce the overall weight.

As standard, STATS Tecno Plugs™ feature two elastomeric seals, the dual seal configuration providing an annulus void which is pressure tested to verify both seals are leak-tight. However, as a contingency measure a third seal was incorporated into the design, this additional seal provided a facility to fill the seal annulus with grout if additional sealing was required.

Once the Tecno Plug™ was deployed and set at location, each seal was leak tested at 110% of the maximum potential isolation pressure in turn and once the seal integrity was proved the annulus was then vented to ambient to create a zero-energy zone, providing effective double block and bleed isolation. The large section elastomer seals are highly compatible with poor pipe surfaces, particularly corroded pipework, ensuring a leak-tight seal even in ageing assets. Due to the sealing capabilities of the Tecno Plug™ the additional contingency measure of grout filling the seal annulus was not required during the workscope.

As an additional fail-safe feature, a mechanical locking mechanism was incorporated into the plug design. Once the Tecno Plug™ was hydraulically set and following the successful seal integrity tests, the plug was locked in the set position with the aid of a ratchet mechanism, providing a further mechanical lock in place of the hydraulics to permanently set the plug once abandoned in the pipeline.

To allow the Tecno Plug™ to reach the desired isolation location, STATS engineered a hydraulically actuated deployment frame to allow stem bars to be installed in sections, pushing the Tecno Plug™ to location in a controlled manner. Flexible control lines attached to the rear of the Tecno Plug™ provide communication to set the plug, test and monitor the seals.

The Tecno Plug™ had to negotiate the mitre joints without snagging, so short stem bar sections were used which featured a wheeled centralising unit. The short stem bars also reduced the weight of each component, ensuring that one diver could safely and efficiently install and deploy the Tecno Plug™ to the desired set location without any issues. 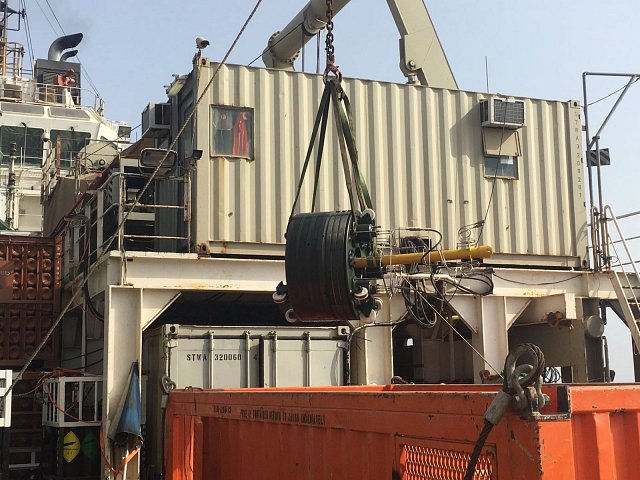 In addition to the 42” Tecno Plug™, STATS also provided subsea hot tapping equipment for intervention on the 42” dead leg blind flange. This operation provided initial access to the pipeline to ensure no differential pressure or environmental concerns were present, ensuring safe conditions for the diver to remove the 42” blind flange. With the blind flange removed access was gained to install the inspection pig into the dead leg.

A third-party service company then supplied an intelligent pig which was propelled down the full length of the dead leg to gain real time data which could then be analysed to determine the condition of the pipeline and decide the best location to set the Tecno Plug™. To achieve the best isolation results the Tecno Plug™ would need to be set in the thickest available section of pipe so that the maximum internal hydraulic pressures could be used to apply a gripping and sealing force from the Tecno Plug™ onto the pipe wall.

The success of the Tecno Plug™ deployment methodology relied heavily on a successful inspection run. Unfortunately, the timing of the dive operation meant the inspection data would not be available until after the plug was designed, manufactured, tested and mobilised to the dive vessel. Should the inspection pig fail to return any data, or if the results highlighted that the pipe wall was not at the required minimum thickness to allow the Tecno Plug™ to be hydraulically set without causing damage to the pipeline, a contingency plug would be deployed. Therefore, STATS engineered and delivered a 42” Expandable Rubber Plug which could be attached to the front of the deployment stem bars and deployed via the hydraulic frame to location, in place of the Tecno Plug™. This alternative solution provided a contingency method that was suitable for a 12 month isolation duration.

Prior to the offshore deployment, STATS conducted a client witnessed Factory Acceptance Test at their operational base in Musaffah, Abu Dhabi, which also included two-days of diver familiarisation training on a full-scale replica pipe fixture. During this time, the expert divers learned the detailed operation of the Tecno Plug™ and stem bar to minimise the subsea duration. The stem bar system and procedure was modified to accommodate the diver suggestions which paid off, with the actual deployment time being less than half that originally predicted.

The deployment of the 42” Tecno Plug™ and isolation of the dead leg was the result of a detailed analysis conducted during the Front-End Engineering process. This process includes generation of a project design premise, pipe stress analysis, FMECA, operational procedure and risk assessment. Due to the thin wall pipe encountered in the dead leg, a Finite Element analysis of the pipe wall was conducted to ensure that the loads generated by the locks and seals would not over stress the pipe wall and cause damage to the pipeline. As the Tecno Plug™ is hydraulically set the force is transferred through the plug body and is applied to the pipe wall via the seals and locks. The compression end loads create a radial load at the seal and lock contact area – this analysis was then compared to allowable stress limits in compliance with DNV-RPF113 code.

Angus Bowie, Regional Director MENA for STATS Group, said: “This package produced by STATS identifies and mitigates operational risk, and reassures clients by providing detailed analysis of the internal conditions and geometry of the pipeline prior to carrying out the isolation, guaranteeing the optimum solution is always delivered.” 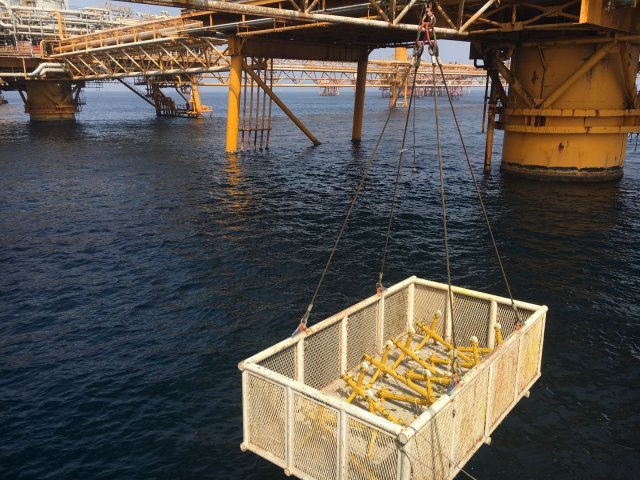