STATS Group was contracted by CUEL Ltd. in June 2016 to assist with the repair of an 8” gas condensate export pipeline, located in the Gulf of Thailand. The pipeline situated at a water depth of approximately 60m has an operating pressure ranging from between 7 and 21 bar. The pipeline had been dragged approximately 8m out of position by a vessel anchor and required a permanent repair.

Following a detailed engineering and risk assessment by CUEL and the pipeline owner, a repair methodology and solution was developed, whereby an 8” bypass was installed on the seabed as a permanent repair to re-route the pipeline medium away from the damaged pipeline section. 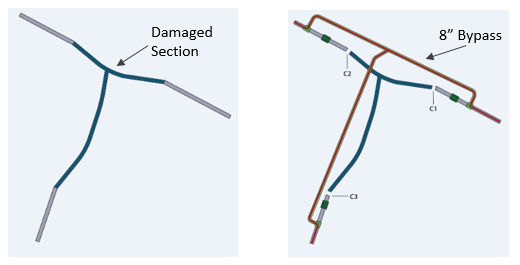 STATS and CUEL jointly began developing an isolation and repair solution that would allow the damaged section of pipeline to be isolated and safely removed from the system, with no impact to production, the environment or risk to diver safety.

STATS’ patented BISEP was selected to provide leak-tight isolation of the pressurised pipeline. The BISEP is deployed through a full bore hot tap penetration at the isolation location through a mechanical hot tap fitting. The DNV GL type approved BISEP provides a fully proved, fail-safe, double block and bleed ( DBB) isolation barrier from the pressurised pipeline. This level of isolation complies with industry guidance on isolation and intervention for diver access to subsea systems, ensuring diver and worksite safety. The pipeline repair solution incorporated installing a permanent bypass pipeline, which allowed the operations to be completed without the need for shutting-in pipeline production or depressurising, thus, ensuring production was maintained uninterrupted. Once the repair methodology was agreed and comprehensive risk assessment complete, STATS commenced key engineering and manufacturing operations to meet the project schedule.

Prior to deployment offshore, STATS shipped all the equipment to Thailand and performed a representative test scope that involved all the key stakeholders of the project, including the vessel dive team. The scope included actual pipe sections and involved testing that reflected the offshore operations with STATS’ technicians and client engineers. 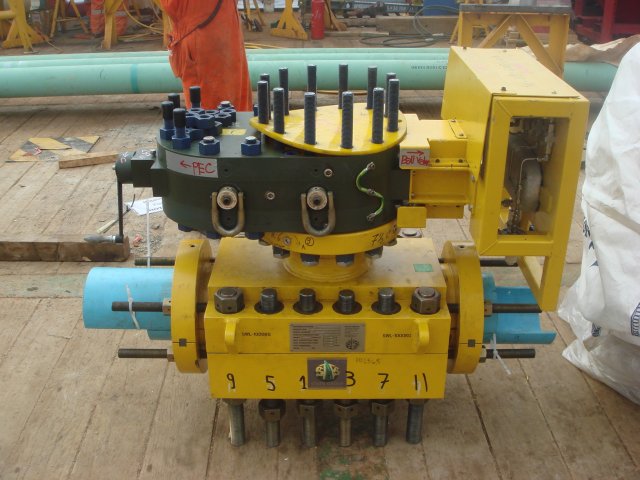 The subsea operations commenced with the excavation and concrete removal of the pipeline at key sections, to allow for the installation of six 8” x 8” #600 STATS diver installed subsea hot tap fittings. At each of the three locations, a hot tap fitting was installed to provide a tie-in for the bypass pipeline and a second hot tap fitting as the entry point for the BISEP isolation. 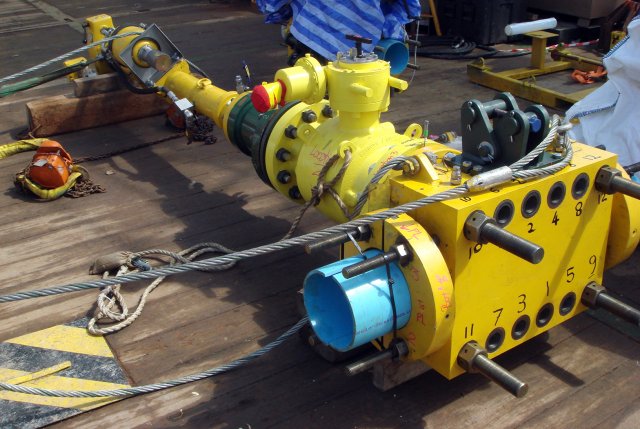 By following a dedicated training programme onshore in Thailand, the vessel dive team were fully trained in the use of the subsea hot tap machine and successfully carried out the six hot taps on the pipeline.

On completion of the hot tapping work scope, the next stage of the operation was to fit the permanent subsea bypass spool. The bypass spool was fabricated in lengths and deployed from the vessel to the seabed for careful positioning by divers. The final tie-in spools were then connected, creating a bypass around the damaged pipe section. Once the flange joints were tested, the valves mounted to the STATS hot tap fittings were opened to allow flow from the pipeline into the bypass section, as well as the original pipeline.

The next phase of operations was to install the subsea BISEP’s at each of the three isolation locations. The BISEP’s were overboarded from the DPDSV and connected to the STATS supplied ( DBB) subsea slab valves that were bolted to the hot tap fittings. Once the necessary verification tests were completed, the BISEP was activated via a hydraulic umbilical on the vessel deck to a hydraulic control console. The BISEP head was then deployed into the pipeline, and the head compressed to activate the primary and secondary seals.

Once the BISEP head was deployed into the pipeline at each of the three isolation locations, the pipeline content was re-routed through the new 8” bypass, ensuring that production was always maintained. Each BISEP then completed a series of seal tests to verify full integrity of the primary and secondary seals to achieve a DBB isolation barrier of the pressurised pipeline. Upon completion of the BISEP seal testing, an isolation certificate was issued and renewed every 12 hrs. 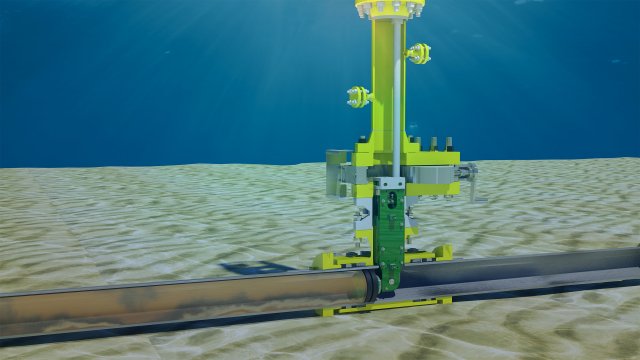 With the damaged section of pipeline isolated, flushing of the pipeline product was then carried out. A 2” hose was deployed from the vessel and connected by divers to the 2” connection point on the BISEP launcher. A second 2” hose was then connected to another BISEP launcher and the other end tied into the subsea flushing port on the permanent spool. Using a water pump on the vessel deck, the pipeline medium was flushed from the isolated damaged section back into the pipeline.

Once flushing operations was completed, the damaged section was depressurised to the subsea ambient pressure of 6 bar. Divers could then be deployed to cut the pipeline. At each of the three identified cut locations, the coating was removed from the pipeline and diamond wire cutters were used to sever the pipeline. The damaged section of pipeline was then freed from the main pipeline and moved aside. In order to provide a barrier to the marine environment for long term wet storage of the damaged pipe section, STATS supplied three 8” #150 subsea abandonment plugs, which were installed by the divers into the open pipe ends. The mechanically activated abandonment plugs incorporate a set of taper lock grips and a single seal.

Once the damaged pipeline section was removed, the bare ends of the original pipeline was left exposed. To provide a pressure competent termination, STATS supplied subsea mechanical connectors complete with a blind flange that were fitted to the three bare pipe ends. The 8” #300 connectors were overboarded from the vessel and installed to the pipeline by the divers. Once fitted over the end of the pipe, the bolts were torqued to compress the internal lock and seal mechanism, which securely grips the outside of the pipe. STATS mechanical connectors provide permanent connection without swaging the pipeline. Upon installation, an annulus test of the cavity between the two internal seals of the connector was completed at 56 bar to confirm the connector integrity. A further internal test of the connector was completed via the body cavity by applying pressure through the BISEP launcher to pressurise the bore of the remaining pipe section. 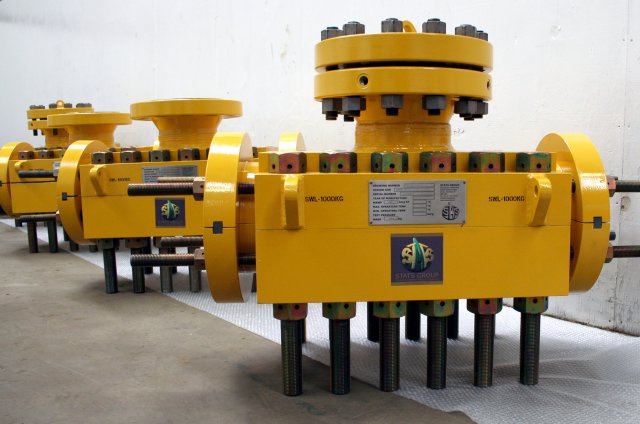 “STATS range of subsea isolation and intervention equipment provides operators a turnkey service for pipeline repair scenarios and establishes STATS capabilities within the subsea market. We will use the experience and our proven track record of first class delivery of these major projects to seek out other global opportunities for similar subsea contracts.”