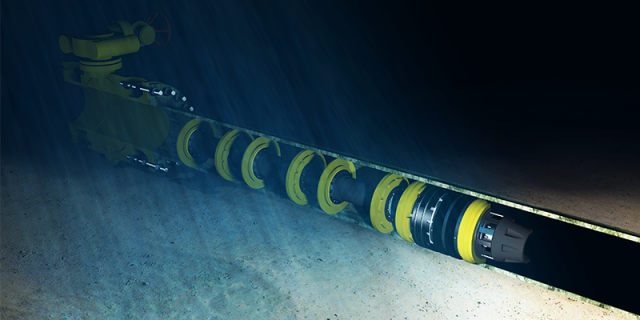 STATS Group, has completed an isolation project on a 16” subsea pipeline in the Dutch sector of the North Sea on behalf of Wintershall Noordzee BV.

The isolation enabled the client to disconnect a flexible gas export pipeline so it could be replaced with a new rigid gas export pipeline. STATS deployed its Tecno Plug™ tool for the isolation which prevented a costly depressurisation of the main trunk line, and reduced environmental impact, costs and production losses.

A four module 16” Remote Tecno Plug™ was pigged by STATS personnel from the K5-A platform to the subsea isolation position 300 metres from the platform. The Tecno Plug™ was tracked and its location confirmed using STATS through-wall communication system via an extremely low frequency. This was carried out by a second team of STATS technicians on-board the EDT Protea dive support vessel.

When set, the Tecno Plug™ isolated a pressure of 70 bar. On completion, primary and secondary seal tests were carried out using full isolation pressure. The pressure between the primary and secondary seals was monitored throughout the isolation, ensuring safety critical double block isolation. With the fully proven double block pipeline isolation in place, the section of flexible riser was safely removed, allowing a new subsea valve to be added to the pipeline behind the isolating Tecno Plug™.

Divers then attached a temporary subsea receiver to the valve which allowed the Tecno Plug™ to be remotely unset and reverse pigged into the receiver. The subsea valve was then closed and tested before the temporary receiver was removed and retrieved to the Protea DVS, complete with the Tecno Plug™. The new subsea valve then provided isolation while the permanent pipeline was successfully tied-in and re-commissioned.

The project faced many challenges – the Tecno Plug™ had to allow bi-directional pigging through various 5D bends and accommodate the layered helical winding present on the internal surface of a flexible pipeline. All these factors were considered when designing and engineering the Tecno Plug™.