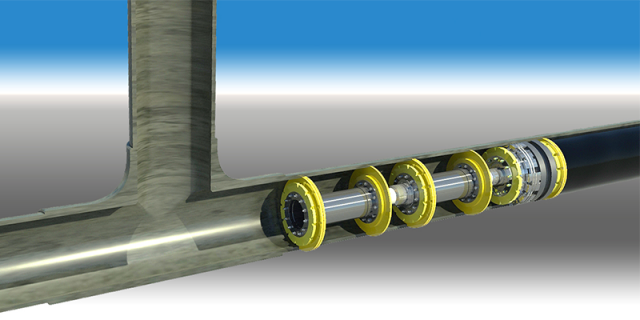 Fairfield Energy Ltd had a requirement to replace the two launcher valves on the 24” oil export line from Dunlin Alpha to Cormorant Alpha. In order to undertake this operation safely and efficiently STATS proposed the use of a remotely operated Tecno Plug. The Remote Tecno Plug provides double block and bleed isolation and eliminates the need for communication tethers or specially modified pig trap doors. This allows the old valves to be removed without the requirement for tether management.

Following a site survey, STATS carried out a piggability study on the oil export line and trialled the Remote Tecno Plug onshore with a client witnessed factory acceptance test (FAT). The test was performed a purpose built test fixture which was created to simulate the offshore pipeline configuration. The shutdown was scheduled for up to 80 days and as the Tecno Plug was the primary isolation on the export pipeline, the request was for the Tecno Plug to be capable of meeting this scheduled duration. STATS configured the plug in a three module train to allow an additional module to house a contingency battery unit.

On-site, the Remote Tecno Plug was function checked and loaded into the launcher before pigging to the set location with a mixture of water and nitrogen. The Plug was tracked and accurately positioned using through-wall communication. An Extremely Low Frequency (ELF) radio control system sets and then monitors the plug throughout the isolation. On issue of the isolation certificate, valve change out and maintenance activities could commence. 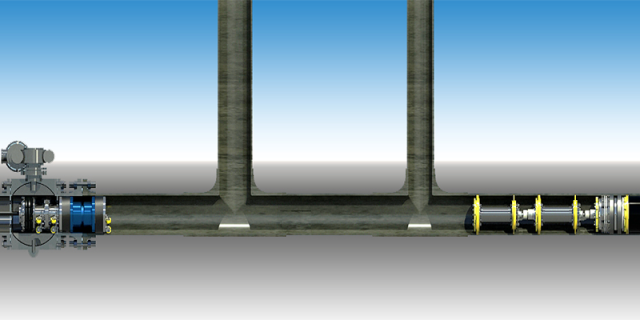 As there was a difference in the bores of the new valves, a standard In-Line Weld Test Tool once deployed with test pressure applied would have moved due to the differential pressure areas. The lock module was set prior to each test to prevent the test tool from creeping. The In-Line Weld Test Tool was moved to, and retrieved from the test areas using a modular stem bar arrangement allowing the tool to be placed exactly in one of the three test locations. As part of the planned maintenance scope the operator also replaced a 1.5” pig signaller which STATS pressure tested with a separate 1.5” Flanged Weld Test Tool. On successful testing of all valves and flanges the Remote Tecno Plug was unset and reverse pigged back to the launcher for demobilisation.

Head of Intervention and Isolations at STATS Group, Dave Vernon, said: “This successful workscope has marked a new milestone for STATS, our Remote Tecno Plug was constantly monitored and remained stable and in location for seventy-two days while maintenance operations were completed, this is now the longest duration remote isolation in STATS history.” He continued “We have developed a good relationship with Fairfield Energy Ltd and are currently discussing the use of STATS isolation technology for future maintenance activities.”