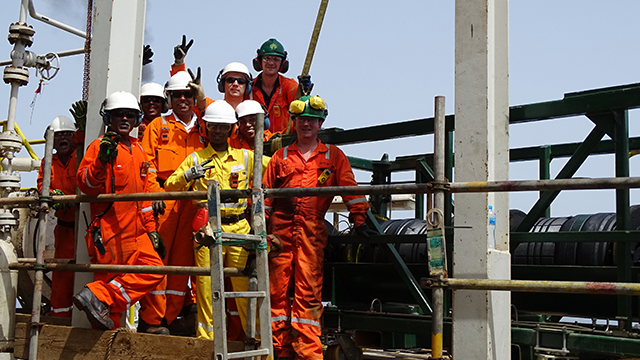 STATS Group was contracted by a multinational oil and gas operator in Qatar to provide the isolation of a 120 km, 24” gas export pipeline operating at a pressure of 45 bar. STATS used a DNV-GL type approved Remote Tecno Plug to provide a fully monitored leak-tight isolation, which facilitated the safe replacement of an emergency shutdown valve.

Once the new valve was welded in position, a 52 bar reinstatement leak-test against the rear of the isolation plug was carried out to confirm the valve integrity. In order to provide an isolation and reinstatement test, the Remote Tecno Plug was configured in a four-module arrangement, which included an isolation module, two remote control modules and a leak-test module. 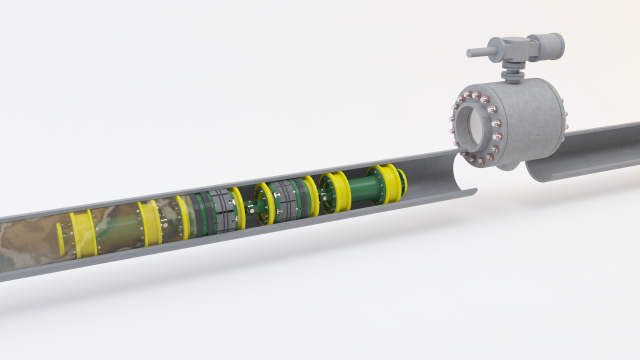 STATS has designed and incorporated a dedicated test plug for this purpose which ensures that any failure of the test and subsequent remediation action would not jeopardise the integrity of the isolation plug. The test plug is designed to not be self-energised by the test pressure, therefore it is capable of full code pressure tests without over-stressing the pipeline at the lock and seal location.

When the isolation plug is self-energised the isolation is maintained independent of the control system; however, it is backed up by the hydraulic control system which maintains the isolation should the differential pressure drop below the self-energisation threshold. Prior to deployment to the worksite, a full factory acceptance test (FAT) was performed in a purpose-built test-fixture.

The test-fixture was fabricated to simulate the client’s pipeline configuration and all testing was witnessed by an independent verification body. Once offshore, a team of isolation technicians successfully deployed the Remote Tecno Plug and pigged it to the set location with Nitrogen.

The isolation plug travelled 50 meters through three valves and around three 3D bends to the set location and accurately positioned using through-wall communication. Communication is achieved using an extremely low frequency (ELF) radio control system which sets and monitors the plug throughout the isolation.

When it reached the correct location, the isolation plug was hydraulically set to activate the locks and dual seals. The dual seals of the plug were then independently tested with full pipeline pressure in the correct direction to confirm leak-tight isolation. This allowed the pipeline to be bled down to ambient from the platform launcher to the rear of the plug. The annulus between the seals was then vented to ambient to create a zero-energy zone, and was then subject to a 12-hour isolation stability hold period before the ‘Isolation Certificate’ was issued.

With the double block and bleed isolation verified, the valve replacement workscope was safely conducted. The isolation plug was constantly monitored and remained stable for the full ten-day isolation period.

Once the valve replacement activities were successfully completed, the test plug was set using a second control module and a test boundary was created to perform a reinstatement leak-test of the new valve. This was achieved by raising the pipeline pressure on the launcher side against the seal on the test plug, creating a test boundary to confirm the integrity of the newly installed valve. 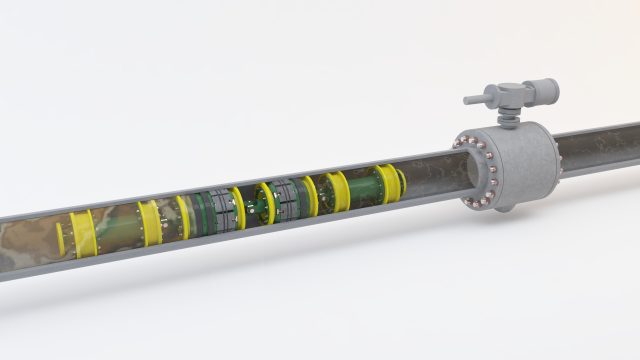 Finally, the test plug was unset and the pipeline pressure was equalised, allowing the isolation plug to be unset and reverse-pigged back to the launcher for demobilisation.

“This successful isolation prevented the operator from depressurising and purging the entire 120 km gas pipeline required to ensure the pipeline was hydrocarbon-free prior to cutting and hot work,” STATS Middle East Regional Director, Angus Bowie, said.

“The isolation and reinstatement test allowed maintenance activities to be safely completed in a timely manner, reducing the shutdown duration and providing huge environmental and financial benefits.”