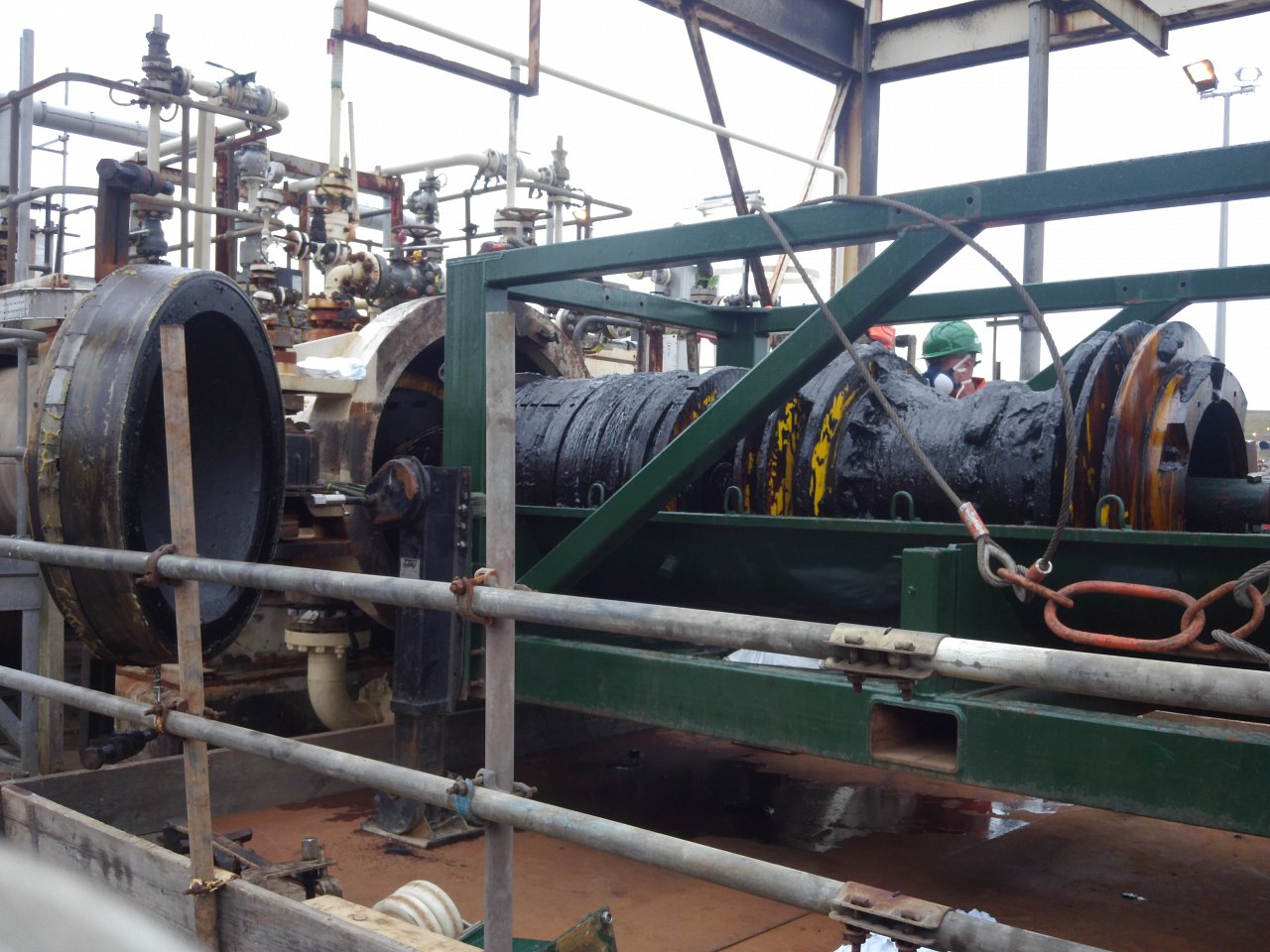 TAQA had a requirement to isolate a 36” crude oil pipeline on the Cormorant Alpha platform; the export line to Sullom Voe Terminal (SVT) in the Shetland Isles off north west Scotland.

STATS conducted a site survey on the Cormorant Alpha platform to gather critical information and complete a noise survey ahead of the workscope to confirm there would be no interference with the plug communication system.

The site survey information and client-supplied data from an Inline Inspection (ILI) of the pipeline allowed STATS to produce a detailed engineering and piggability assessment. This confirmed the specification of the Remote Tecno Plug and identified a suitable isolation location. In collaboration with the client, it was decided that after the tie-in was successfully completed and tested the Remote Tecno Plug would be unset and pigged forwards, 157 kilometres from the Cormorant Alpha platform to the Brent receiver at Sullom Voe Terminal. This approach allowed the isolation plug to be pigged with production oil which would limit the recovery pigging, unloading and handling operations, reducing risk and minimising the overall project schedule.

In addition to the ILI data, a profile gauging pig was sent through the export pipeline to the Sullom Voe Terminal to confirm the pipeline geometry. STATS also conducted a full Factory Acceptance Test (FAT) at their headquarters in Aberdeenshire, in a purpose-built test-fixture with all testing witnessed by an independent verification body.

Once the Remote Tecno Plug was deployed to the platform it was installed into the vertical launcher and pigged to the isolation location with water by a third-party pigging contractor. The Remote Tecno Plug travelled through multiple 3D and 5D bends before reaching the isolation location, a distance of 40 metres. Once at location the Remote Tecno Plug was hydraulically set using through-wall communication to activate the dual seals and taper lock grips, providing double block and bleed isolation against 10 bar pipeline pressure. Communication was facilitated using an extremely low frequency (ELF) radio control system for reliable tracking and accurate positioning.

The dual seals of the Tecno Plug were then independently tested with full pipeline pressure in the correct direction to confirm leak-tight isolation and allow the pipeline to be vented to ambient and flushed from the platform launcher to the rear of the isolation plug. The annulus between the Tecno Plug seals was then vented to ambient to create a zero-energy zone. This was then subject to a six hour isolation stability hold period before the ‘Isolation Certificate’ was issued.

With the tie-in completed and tested, the pipeline was filled with water until the pressure behind the set isolation plug was equalised. The Remote Tecno Plug was then unset and as production on the Cormorant Alpha platform resumed, the isolation plug was pigged and tracked to the Brent receiver at Sullom Voe Terminal. The pigging operation took 21 days for the Remote Tecno Plug to travel with production fluids to the Sullom Voe Terminal.

Steven Byers, Isolation Services Manager at STATS Group, said: “This project marks a significant milestone for STATS as this is the longest pigging run completed to date.
“The key to the success of this project was the team effort across all parties involved, which delivered a well-engineered solution which was completed incident-free and within the planned shutdown. The Tecno Plug offers a high level of safety while providing a cost-effective solution for the operator.”

This project is the fourth time STATS has isolated the 36” export pipeline, having completed an isolation in 2014 to allow a valve replacement on the Cormorant Alpha platform and two further isolations carried out at the Sullom Voe Terminal.