Situated off the north-east coast of Qatar, lies the largest single gas field in the world – the North Field. Dolphin Energy has installed two Offshore Production Platforms, DOL-1 and DOL-2. It is gas from the North Field which not only powers Qatar’s own LNG and petrochemical plants, but is also the feedstock for Dolphin and its customers.

The platforms handle the extraction of gas from 24 wells in total. At the time of full production in early 2008, each platform was producing some 1.3 billion cubic feet per day of ‘raw’ gas for transportation by dedicated sealines to Ras Laffan for processing.

As part of planned maintenance to ensure safety requirements are met ahead of schedule, Dolphin Energy approached STATS Group to assist with providing a safe isolation to carry out remedial pipework maintenance on their 36” gas pipeline on-board DOL 2.

A STATS isolation technician visited DOL 2 and carried out a site survey to gather critical information, complete a noise survey and to aid with the selection of the tool configuration.

STATS proposed the use of a Remotely Controlled Tecno Plug to provide double block and bleed isolation. A three module pigging train assembly was deployed to negotiate the 3D pipe bends, once pigged to the desired location the Remote Tecno Plug was set in position using through-wall communication. Communication is achieved using an extremely low frequency (ELF) radio control system for reliable tracking and accurate positioning. The Remote Tecno Plug eliminates the need for tethers or specially modified pig-trap doors and is ideally suited for valve maintenance activities. 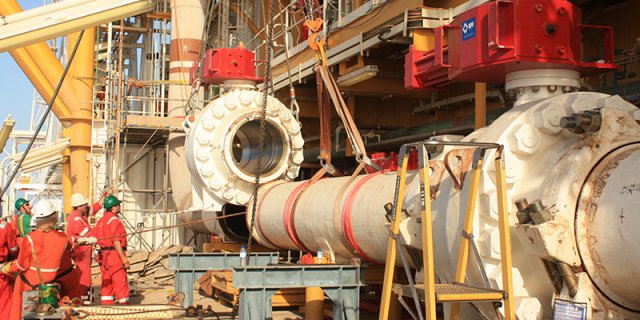 A team of four STATS isolation technicians successfully deployed the Remote Tecno Plug and pigged it to the set location. The plug successfully negotiated three 90°, 3D bends and one 45° bend. The plug was successfully set and both seals were independently tested with full pipeline pressure to verify full leak-tight sealing before the isolation certificate was issued. The isolation was continuously monitored throughout client operations and remained stable for the full isolation period.

STATS also provided a test boundary for Dolphin to test the integrity of a flange joint using an In-Line Weld Test Tool. STATS continued to isolate the line allowing further client testing operations before finally unsetting and reverse pigging the plug back to the launcher.

STATS isolation services are increasingly in demand from major operators in the Middle East and Gulf States. This is the first time STATS have worked for Dolphin Energy but it is the second isolation project completed in Qatar in the last twelve months.

Mr Adel Ahmed Albuainain, general manager, Dolphin Energy, said. “Thanks to STATS Group and their professional approach, Dolphin was able to complete this element of its routine maintenance program, on time and without a lost time incident. Their commitment and dedication to this project was exemplary.”