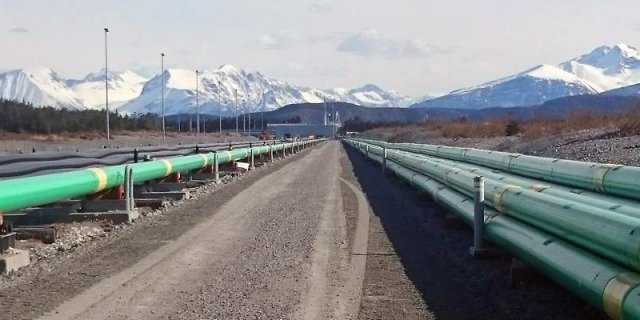 Spoolbase with welding station and pipelay vessel in distance

Subsea 7 contracted STATS Group to provide positive isolation of pressurised mechanically lined BuBi® pipe to facilitate reeling onto a pipe lay vessel at their facility in Norway, prior to installation at the Aasta Hansteen gas field.

When the Aasta Hansteen gas field was discovered in the Norwegian Sea in 1997, its remote location and deep water were always going to make recovering resources challenging. Situated 300 kilometres from shore and at water depths of 1300 metres, its location is out with the current established infrastructure.

The planned field development, including a SPAR platform, will be the first such installation on the Norwegian Continental Shelf (NCS). The SPAR floating installation, consisting of a vertical column moored to the seabed, features conventional topsides and processing facilities. Once installed, the risers transporting the gas from the seabed to the platform and further to the Polarled pipeline will be pure steel, another first for the NCS.

Subsea 7 were contracted to perform the tow-out and hook-up of the SPAR FPSO, including the Steel Catenary Riser (SCR) system and reeled installation of 12” BuBi® mechanically lined pipe. This involved the fabrication of flowlines and SCRs at Subsea 7’s spool base facility at Vigra, Norway. In order to allow the 12” BuBi® pipe to be welded and reeled onto the vessel, STATS Group provided positive isolation of the pressurised pipe during spool reeling operations.

STATS proposed the use of their Pipe End Plugs which feature locks and dual seals and are capable of conducting pressure tests up to 200 bar. Pipe End Plugs are typically used during the construction and fabrication of pipe spools and piping systems, these fail-safe tools cap open-ended pipe, facilitating hydrostatic leak and strength tests. Pipe End Plugs provide many benefits and hydraulically activated they are quick and easy to install, providing a safe and cost effective solution. STATS range of Pipe End Plugs cover two separate products, the I-PEP™ which fits internally to the pipe and the E-PEP™ which grips the pipe externally.
Prior to the arrival of the pipe lay vessel the first pipe stalk of 1.5 kilometres was positioned on the spooling rollers and Hi-Diff Pigs were inserted into the vessel end of the stalk. Once installed, a reel flooding head was welded to the pipe stalk and a Pull-In Head was bolted to the stalk flange. The second pipe stalk of 1.5 kilometres was positioned and welded to the first stalk. 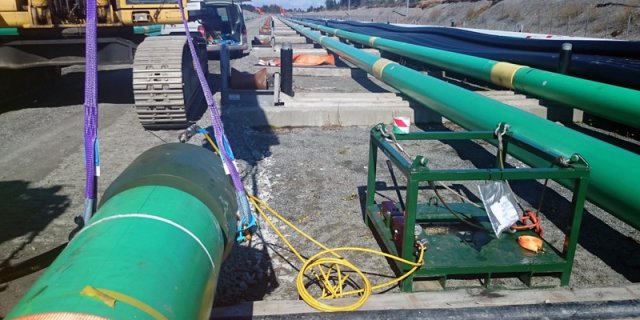 After the arrival of the vessel, the pipe stalk was attached to the vessel using the Pull-In Head. A STATS E-PEP™ was then installed to the pipe stalk and a small volume of water was injected through the E-PEP™ into the stalk.

This water would be used to act as a buffer for the Hi-Diff Pigs which are pigged through the stalk as the pipe is pressurised from the vessel. The pipe stalk was then pressurised to 45 bar and the High-Diff Pigs were pigged towards the E-PEP™.

The pipe stalks were then welded together and non-destructive testing (NDT) was carried out to confirm the integrity of the new weld. The E-PEP™ was then positioned and installed at the end of the pipe stalk and water was injected through the valve on the E-PEP™. The sequence was then repeated to pressurise the pipe stalk, pigging the High-Diff pigs through the stalk and allowing the mechanically lined stalk to be reeled onto the vessel.

Prior to commencing the final stage of the spooling operation, STATS installed a 12” I-PEP™ into the pipe stalk, the internally installed I-PEP™ features locks and seals which grip the inside of the pipe. Installing this tool ensured there was nothing on the outside of the pipe that could clash or restrict the pipe stalk as it was reeled through the pipe rollers between the quayside and the vessel. 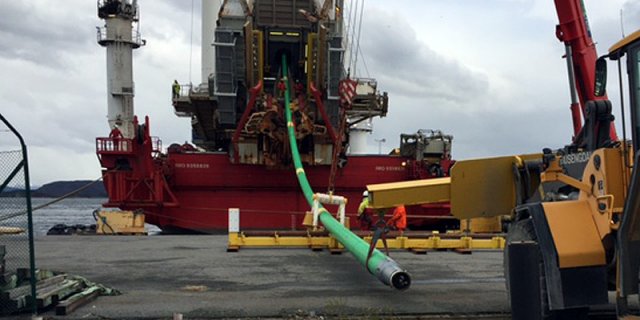 Campaigns took place in 2016 which consisted of 17 km of BuBi® mechanically clad flowlines being reeled onto the vessel and installed at the Aasta Hansteen gas field. STATS also supplied a mechanical clamp and 1” hot tapping machine to facilitate the draining of the pressurised spooling fluid from the pipe once it was reeled onto the vessel. STATS provided specialist hot tapping cutters and a four stage process to allow the mechanically lined pipe to be hot tapped to eliminate contamination of the flowlines with drilling swarf.

This project added to a record of collaboration between Subsea 7 and STATS during pipe reeling and installation projects. This successful project follows a similar workscope completed in the ultra-deep Guara and Lula fields offshore Brazil at water depths of 2100 meters. STATS I-PEPs™ and E-PEPs™ were used to facilitate the pressurised installation of 85 km of 8” BuBi® mechanically clad flowlines during a 15-month campaign.